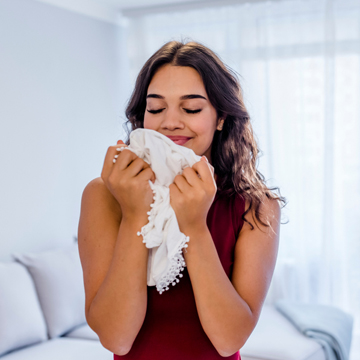 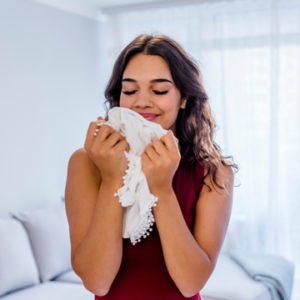 As detailed in a recent article in The New York Times, a study performed by the Karolinska Institute in Stockholm, Sweden, examined 24 healthy young men and women and involved having the participants inhale 12 scents from small vials held up to their noses. Study subjects were asked to memorize the scents, which ranged from familiar smells to obscure ones. The process was repeated twice. On the first trial, participants sat for an hour after sniffing the scents with their noses clipped shut to prevent them from breathing nasally. On the second trial, participants had their mouths taped shut for an hour, preventing mouth breathing. After each hour concluded, the subjects were exposed to another round of scents—some repeated and some new—and asked to identify whether they previously had sniffed an odor.

Consistently, subjects of both genders had more success recognizing smells after breathing through the nose during their hour of quiet. Those same subjects, who had been breathing through the mouth for an hour, had difficulty recalling past scents and gave more incorrect answers. The conclusion, simply, is that nasal breathing encouraged greater consolidation of memory, because mouth breathing was presumed to bypass the olfactory bulb.

Dr. Artin Arshamian, the lead author of the study, wrote on the Karolinska Institute web site that the findings were by no means conclusive: “The next step is to measure what actually happens in the brain during breathing and how this is linked to memory. This was previously a practical impossibility as electrodes had to be inserted directly into the brain. We’ve managed to get around this problem.”

Suggesting a relationship between memory and the sense of smell is nothing new. In fact, neuroscientists actually think a link between thinking and breathing developed as an evolutionary adaptation, as recognizing odors often can be a crucial survival mechanism.

How to stop mouth breathing in Miami

If you or someone in your family is a mouth breather, he or she is not receiving a healthy amount of oxygen. The risk of developing a sleep breathing disorder like sleep apnea is elevated. Mouth breathing also alters the pH level of the blood, hinders the production of saliva, and causes problems chewing or swallowing food. A child who breathes frequently through the mouth may experience diminished development of their face and jaw as a result. And, now, there is evidence that breathing through the mouth actually might affect memory.

You can protect yourself against these risks by undergoing a course of myofunctional therapy in Miami at Miami Designer Smiles. Myofunctional therapy consists of a course of simple, relatively painless exercises that work the tongue and muscles of the face and mouth. These exercises can be used to achieve a variety of treatment goals—including the correction of a negative habit like mouth breathing. Specifically, myofunctional therapy treats mouth breathing by encouraging a patient to return to the ideal oral resting posture: with lips together, teeth together, and the tongue resting gently against the palate. This resting posture also makes a patient more amenable to the preferred method of breathing through the nose.

To learn more about myofunctional therapy and its benefits, call (305) 595-4616 to schedule a consultation with our certified Myofunctional Therapist in Miami.

Miami Designer Smiles is proud to serve patients in the areas of Miami and Coral Gables in Florida.

How you Breathe Affects your Memory, New Study Says