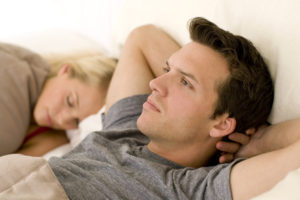 If you’re like most people, you’ve probably never thought about tongue fat. Yes, you read that right: tongue fat. Believe it or not, even your tongue can gain weight, depending on genetics and overall body weight. But while a fattier tongue may not seem like a big deal, researchers have identified it as a key factor in a condition called obstructive sleep apnea.

Obstructive sleep apnea is most commonly found in adults who are considered medically obese, but it can also affect those at a healthy weight. Sleep apnea is categorized as a condition that occurs only during sleep. The patient stops and starts breathing throughout the night. Patients with sleep apnea may also snore or notice daytime symptoms, including feeling lethargic or sleepy. They may also have conditions like high blood pressure, depression and even diabetes. According to sleep specialist dentist Raul Garcia of Miami, Florida, obstructive sleep apnea may also raise a person’s risk of stroke.

To learn more about obstructive sleep apnea’s root causes, researchers from the Perelman School of Medicine at the University of Pennsylvania sought to understand why exactly obese patients are at such a heightened risk for the condition and decided to examine a little-considered body part: the tongue.

They used MRI (magnetic resonance imaging) to measure the upper airway of obese patients both before and after significant weight loss. What they found was that when patients lost weight in their tongue, their sleep apnea symptoms decreased dramatically.

“This makes sense, because what we see when we look at sleep apnea is an obstruction to the airway. That obstruction can be a fatty tongue,” Garcia said.

That obstruction can also be the soft tissue in the throat, which in some persons is softer and easier to collapse than others.

“There are certain ethnicities that have softer tissue in their airway, and though they are not necessarily obese, they may have a higher risk of developing obstructive sleep apnea than other races,” Garcia said.

Asian patients were found to be predisposed to this particular trait, especially Chinese patients, who have been found to have softer tissue and a much smaller airway than others their age and overall BMI and build.

“It just goes to show you that the mouth plays a big role in sleep apnea and breathing,” Garcia said.

Because of that, Garcia recommends screening everyone – not just obese patients – for sleep apnea.

“Your dental exam is a great place to discuss sleep apnea, not just because your dentist has an inside view to your mouth and tongue, but because many sleep-trained dentists can provide solutions to sleep apnea in conjunction with your doctor,” he said.

“Orthotics are customized to your individual mouth, easier to wear, and easier to care for,” he said.

The Tongue Could Hold Keys to Sleep Apnea