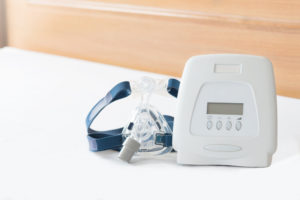 The study looked at patients on Medicare and found that in the year prior to their sleep apnea diagnosis, these patients spent more annually on doctor visits for co-morbid conditions like depression, high blood pressure and diabetes. They also spent more on medications and both inpatient and outpatient hospital visits.

Dr. Raul Garcia of Miami, Florida, is not surprised by these findings. Garcia treats sleep apnea in his clinic and says the condition takes its toll on the entire body.

“Many people don’t realize that sleep apnea isn’t just about losing sleep,” he said. “Yes, it can cause sleep loss, but it has also been found to contribute to a long list of other medical problems like depression and high blood pressure. It really is a whole-body condition.”

Patients who are diagnosed with obstructive sleep apnea do cost taxpayers nearly $20,000 more each year than those without OSA, but researchers estimate that not treating the sleep apnea is even more expensive. The costs associated with untreated sleep apnea are often higher, and as the condition is undiagnosed, the costs continue accumulating year after year. According to the new study, it would cost Medicare $50 billion to diagnose sleep apnea in patients, but that would lead to a savings of $100 billion in excess medical visits and medications.

The key, according to researchers, is comprehensive sleep apnea screenings – especially for patients who meet certain criteria and have specific ailments.

“Obstructive sleep apnea usually occurs in obese or overweight patients,” Garcia said. “Partners may notice excess snoring or stopping and starting of breathing throughout the night. During the day patients may feel sluggish and tired, or even depressed. They may also notice high blood pressure at doctor’s visits.”

Sleep apnea has several treatment options, but Garcia feels the best method is the use of a sleep orthotic.

“Sleep orthotics have been found to be more effective than therapies like CPAP (continuous positive airway pressure) because they are more comfortable and more likely to be used,” he said.

According to Garcia, many patients are immediately prescribed CPAP therapy by doctors without being offered other options. However, those patients simply don’t utilize their CPAP machine because it is awkward and complicated to use, rendering it useless in treating sleep apnea.

“There are options for people who don’t like CPAP,” Garcia said. “There’s no longer any reason to let your sleep apnea go untreated. Don’t be afraid to reach out to a sleep apnea-trained dentist to learn more about orthotics.”